How the idea originated 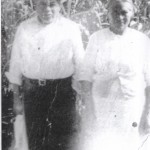 One day I asked my father, Elias Espino, about the names of my uncles and of his cousins. I noticed that the names were biblical but very unusual in Mexico. I already knew that my grandfather, also named Elias,was a baptist christian. Then I asked him if his grandparents, my great grand parents They were also baptist christians and he said yes. This was also confirmed by my uncles.

Mi father told me that Leonidas, my great grandfather was a civil judge and a preacher. Some times Lonidas was accompanied by Elias (grandfather) when preaching and some times they were run out of town getting stones thrown at them. At that time more than 95% of Mexican were catholic. 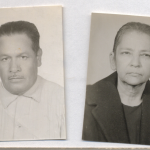 My grandfather Elias was a tailor and my grandmother Gabriela was a homemaker. They were originally from Torreon, Coahuila Mexico. Of modest economic means. My father and uncles had to work since they were children, and some times they would make their toys from bricks and trash.

On this page I share some of the stories my uncles would reminisce about amongst them selves and with my grandfather, always with happiness and nostalgia and always acknowledging God c 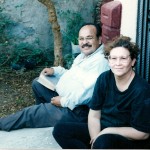 are and provision, these are the stories that impressed me the most. I also see in my family’s history the hand of God, his grace and guidance. 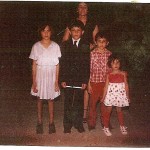 Why research and write the stories?

It is important to know about our roots and share them with the next generations. This enriches us, it is good to be grateful to ancestors for the sacrifices they did to give us a better life. I always like to remind my self that my life would have been very different if my father had not work hard and became and became a teacher, with advanced degrees. 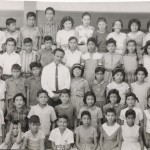 My father had to struggle to study keep working, I am grateful that it was not even an option for me, my father told me that the only thing both my parents asked of me was to get a degree in any career I wanted, and to give the diploma to my mother. 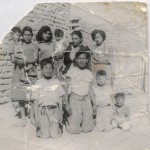 The stories that my father, my aunts and uncles told

In 2010 on a visit to Juarez/El Paso I had a conversation with my uncles Samuel and Eliazar Espino, I sort of interviewed them and recorded it. They were reminiscing and retelling some of the stories that fascinated me as a child.

Click here to listen to My Uncles Telling Stories. 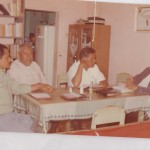 The stories they told me about were: 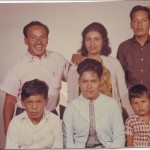 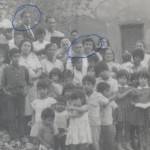 How the family arrived at Juarez. 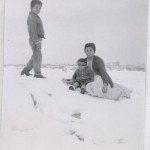 How they used to make toys out of trash and what ever was available.

When they worked making hats for parades and about their paper routes.

When they found silver coins working for a ghost lady.

About the Espino family name

This ancient surname is recorded in some forty spelling forms. These range from Epine, Lepine, Delepine, (French) to Espinas and Espinoza (Spanish) and Spinelli (Italian). The surname is usually recorded in most dictionaries of surnames as being of early French origins, but is not so. It is more correctly Roman (Latin), and derives its origin from the pre Christian w

ord ‘spina’, a description for a person who lived either by a prominent thorn bush, or more probably a defensive area protected by thorn bushes, or on the ridge or spine of a hill. As a late medieval surname, it was also applied as a nickname to a “difficult” person, one of “prickly” character! It has also been suggested that in some cases the surname was originally a nickname for “a spy”. If this is so, the derivation would have been from the French word “espionier”, but this is not proven. Early examples of the surname recording include Claude Espinoy, in Paris, in 1638, Michelle Lespine, who married Pierre Fiquet at Rumigny, Ardenne, in 1632; and Jean Epinet, of Bard, Loire, in 1689. Further recordings are those of Maria de Espinoza at San Miguel Arcangel, Mexico on February 5th 1696 and Rueda Espinosa at San Juan Bautistia, Coyoacan, Mexico, on August 20th 1775. The coat of arms has the blazon of a silver field, charged with a red fesse, and overall a black lion rampant. The first recorded spelling of the family name is shown to be that of Louis Delespine, which was dated August 1st 1545, at the Church of St. Florentine, at Amboise, France, during the reign of King Francis 1 of France, and of the House of Valois, 1515 ­ 1547. Surnames became necessary when governments introduced personal taxation. In England this was known as Poll Tax. Throughout the centuries, surnames in every country have continued to “develop” often leading to astonishing variants of the original spelling.

in a narrow sense, Jews descended from the Jews of the Iberian Peninsula before their expulsion in the late 15th century;in a broad sense, and particularly for religious purposes, Jews who use a Sephardic style of liturgy or otherwise define themselves in terms of the Jewish customs and traditions which originated in the Iberian Peninsula,whether or not they have any historical or ethnographic connection to the Iberian Peninsula. In this broader sense, the term Sephardim includes most Mizrahi Jews, and in Israel sometimes means any Jew who is not Ashkenazi. The term essentially means “Spanish”. It comes from Sepharad (Hebrew: ספרד, Modern Səfarád T i b e r i a n S ə p ̄a r á ḏ / S ə p ̄ā r a ḏ ; T u r k i s h : S e f a r a d ) , a B i b l i c a l l o c a t i o n . [ 2 ] T h i s l o c a t i o n i s d i s p u t e d , b u t “Sepharad” was identified by later Jews as the Iberian Peninsula, and still means “Spain” in modern Hebrew.

Baggy pants, the jacket with long sleeves, hat cocked, the catch phrase nomáaaas pura vida! in a tone of joy or my never do that! in a tone of despair and hands who spoke were the characteristics that made Clavillazo one of the most recognized and beloved comedians of the Mexican public.

He is a member of the Hall of Fame Professional Baseball Mexico since 1985 due to the large number of established brands in their 24 seasons in the league in the summer and winter. He was champion hitter in 1964, 1966, 1967, 1968 and 1973 in summer, was crowned in four seasons as the best slugger, drove in runs 1.573, with 2.752 hits, 453 of them homers, accumulating a lifetime percentage of .335. In 1962 he was the Rookie of the Year of the Mexican Baseball League playing for the Monterrey Sultans, hitting .358 with 23 homers and 105 RBI leader with Alonso Perry.

Manuel Espino Barrientos Jesus (Victoria de Durango, Durango November 29, 1959, is a Mexican politician, member of the National Action Party in 2005 was the National President and Chairman of the Christian Democratic Organization of America for the period 2006­2007.

María Gabriela Espino Ruggiero, (N.15 November 1976 in Caracas) is an Actress, model, entertainer Venezuela. Known in the art world as “Gaby Espino. ” As a model has been the face of various products on television and the press in Venezuela.

Beyond Ebay is a book written by David Espino which claims to provide his key concepts for starting a home­based business in the on­line auction industry. David Espino began his rise to fame in 1999 when he put his collectible toys business on the internet, his specialty was vintage hotwheels from the 60′s and 70′s.

Origins of the Espino Family name

This article is in spanish, I am looking for one in english or to translate this same article.