The reason for God — Chapter VI.- Science has disproved Christianity 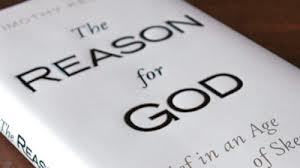 Here are some common objections or questions:

“As a believer in evolution, I can’t accept the Bible’s prescientific accounts of the origin of life.”, “The Bible is filled with accounts of miracles… hey simply could not have happened”. Richard Dawkins in his book: “The God delusion” argues that you can not be an intelligent scientific thinker and still hold religious beliefs, it is one or the other.

“Isn’t Science in conflict with Christianity?”